EI Shows Signs of Catching On 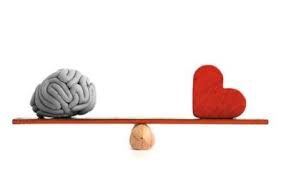 In 1990,psychologists Peter Salovey and John Mayer introduced the concept of Emotional Intelligence, or commonly referred to as EI. This type of intelligence is the capacity to practice self-awareness to better understand ourselves, which in turn, enables us to be more compassionate and conscious toward the experiences of others. Basically it means not just focusing on yourself, but rather, other people’s emotions and reactions.

However, not everyone has a high EI number. Much like IQ, emotional intelligence can be very useful in the business and educational world.

There is an undeniable link between career success and emotional intelligence, according to Entrepreneur. It infiltrates our relationships, our management style, and basically every aspect of our lives. If truly present, emotional intelligence sets a professional apart from the pack with because their leadership skills are second to none.

So, how do you know if you or one of your teammates has emotional intelligence? Per an article in Forbes there are five signs to look for:

Too In Touch to Be Effective?

A different Forbes article points out that some professionals might have too much emotional intelligence for their job. In fact, for some jobs, emotional intelligence can be considered a detriment. There is a concept called “emotional labor” that equates to the extent to which we have to regulate and display certain emotions to achieve our goals. Depending on job requirements, emotional labor used to perform one’s job can either positively or negatively affect job performance.  For example, a nurse, or rather a good nurse, engages in a high level of emotional labor involving lots of empathy, interpersonal interactions, and an optimistic outlook in order to do their job well. However, a statistician’s main job objective is to formulate data analysis based on facts and figures. For this type of job the facts are the facts and spending energy regulating emotions can distract and drain attention away from the task at hand potentially causing a decline in job performance.

There is a balance though – emotional intelligence may not be essential for all types of jobs, but for overall  happiness it is essential.

Take a look at your job, does it require:

Want to Work On Emotional Intelligence?

Larry Lipman of Fun Team Building has been working with organizations for over 20 years. Contact Larry to help your team discover where emotional intelligence is most effective in your company. To learn more and schedule training call Larry at 770-333-3303 today!