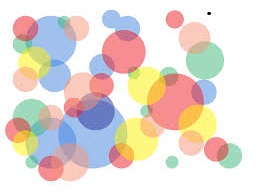 Holacracy Gives Power to the People

Founded by Brian Robertson, a programmer with no management experience, holacracy is based upon solving problems with teams focused on specific objectives or job duties. In an interview on livemint.com, Brian Robertson states that instead of single manager figuring out who’s responsible for what, there’s a group process for every team that figures the sames things out by trying to learn together what serves the purpose of the company in an ongoing process. He goes onto say that “it provides alignment, a way to break down the work and distribute it, a way to make sure we have accountability.”

In a nutshell, holacracy takes managerial power and gives it to autonomous working groups who are in charge of completing tasks in order to fulfill their job duties. It takes the single manager role out of the equation. It relies on small focused teams (in holacracy it is called a “circles”) in charge of a specific tasks to decide what to do and then act on their decisions in order to do whatever is necessary get move toward their objectives.

Two Minds are Better Than One

Traditionally corporate America is structured as hierarchical organizations. This dates back to the industrial revolution. Hierarchical structure worked because the objective was to preserve accountability while employing large numbers of people who were there to complete repetitive tasks (i.e assembly lines).

Today, however, collaboration is king. Hierarchical, top-down, structure stifles what is now considered the information economy; relying on ideas and creativity to achieve lofty goals and objectives.

In order to even begin to understand this new organizational “structure”, one must understand the holacracy definitions.

Once you wrap your head around the new the decision making process, holacracy is considered to be very self-sufficient and empowering for employees. Based loosely on the Agile software development model, holacracy takes an iterative approach to completing tasks relying solely on group activities and teambuilding.

Below are some noted benefits of holacracy:

With the good, comes the bad. Holacracy prides itself on empowering the workers, but in corporate America, this is not a widely adopted practice. Change is often painful and in this case, is like learning how to play a complicated strategy game!

Fun Team Building with Larry Lipman can help you get the most out of your employees working together! Give Larry a call today at (770) 333-3303 to see how he can help!